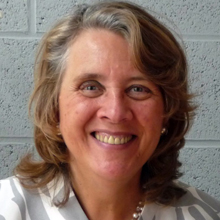 Hornby Lecture: Has lexicography reaped the full benefit of the (learner) corpus revolution?

Sylviane Granger is Professor Emerita at the University of Louvain (Belgium). She is the founder of the Centre for English Corpus Linguistics, of which she was Director for over 25 years. In 1990 she launched one of the first large-scale learner corpus projects, the International Corpus of Learner English, and since then has played a key role in defining the different facets of the field of learner corpus research. Her current research interests focus on the integration of corpus data into a range of user-oriented tools, in particular electronic dictionaries and writing aids, with a special focus on phraseology. She has written widely on these topics and gives frequent invited talks, seminars and workshops to stimulate learner corpus research and promote its application to materials design and development. Her latest publications include Phraseology: An Interdisciplinary Perspective (Granger & Meunier, 2008), The International Corpus of Learner English (Granger et al. 2009), Electronic Lexicography (Granger & Paquot, 2012) and The Cambridge Handbook of Learner Corpus Research (Granger et al., 2015). She is the President of the Learner Corpus Association. 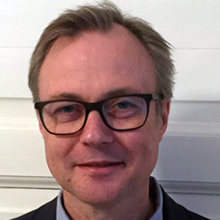 Lexicography between NLP and linguistics: aspects of theory and practice

Lars Trap-Jensen studied general linguistics, Greenlandic language and social studies at the universities of Aarhus and Cambridge. He taught Danish language and linguistics at the Scandinavian departments of Basel and Zürich University before moving into lexicography in the mid 1990s as editor of a new corpus-based dictionary of modern Danish, based in Copenhagen. Here he caught the lexicographic bug and has remained at the Society for Danish Language and Literature ever since, first as senior editor and, from 2004, as the managing editor when The Danish Dictionary was to move from print to the electronic format. Lars’ interest in language and lexicography is broad and open-minded, rooted in an understanding that both are essentially humanist disciplines that should never lose sight of their human users. Over the years, Lars has been engaged in a number of projects, as editor, supervisor or project manager, ranging from bilingual and onomasiological lexicography to NLP-oriented projects such as the Danish WordNet. When he is not making dictionaries, Lars is an eager long-distance runner and has been active in academic union politics for many years. 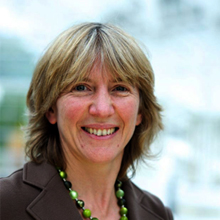 One model, many languages? An approach to developing global language content

Judy Pearsall is the Dictionaries Director within the Global Academic Division at Oxford University Press. Educated at Edinburgh University and the University of Sussex, Judy is an English-language lexicographer and linguist by background, and has spent the bulk of her career working at Oxford University Press, increasingly in roles relating to the business and strategy of Dictionaries rather than day to day editing.   In her earlier career, she was Editor of the New Oxford English Dictionary (1998) and the Concise Oxford English Dictionary (1999); in 2011 she became Director of the Oxford English Dictionary revision programme. Since becoming Dictionaries Director in 2011, Judy has overseen a broad set of initiatives designed to transform a traditional dictionary business into a lexical data business, including from 2015, Oxford Global Languages, a new programme to create lexical resources for 100 of the world’s languages. 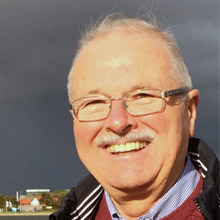 Edward Finegan is professor emeritus of linguistics and law at the University of Southern California. He is the author of Language: Its Structure and Use (7th ed. 2015) and one of the authors of the Longman Grammar of Spoken and Written English. His first book, Attitudes toward English Usage (1980), offered a historical treatment of usage in grammars and dictionaries, and his interests in lexicography have expanded over the decades. He also took an early interest in corpus linguistics and, with Douglas Biber, compiled ARCHER (A Representative Corpus of Historical English Registers). In his work in forensic linguistics, he relies on corpora and dictionaries alike. From 2012 to 2015, he served as president of the International Association of Forensic Linguists and, since 2014, has served as editor of Dictionaries: Journal of the Dictionary Society of North America.

This website uses cookies to improve your experience while you navigate through the website. Out of these, the cookies that are categorized as necessary are stored on your browser as they are essential for the working of basic functionalities of the website. We also use third-party cookies that help us analyze and understand how you use this website. These cookies will be stored in your browser only with your consent. You also have the option to opt-out of these cookies. But opting out of some of these cookies may affect your browsing experience.
Necessary Vedno omogočeno
Necessary cookies are absolutely essential for the website to function properly. This category only includes cookies that ensures basic functionalities and security features of the website. These cookies do not store any personal information.
Non-necessary
Any cookies that may not be particularly necessary for the website to function and is used specifically to collect user personal data via analytics, ads, other embedded contents are termed as non-necessary cookies. It is mandatory to procure user consent prior to running these cookies on your website.
SAVE & ACCEPT